Kent State in Context: The National Guard in Campus Disorders, 1965-70

The year 2020 marks the fiftieth anniversary of the May 4th tragedy at Kent State University. Much has since been written about the events of that day, including the actions of the troops involved in the shooting, but little attention has been paid to the varying role and varying success of the National Guard across the dozens of times in which they were involved in the campus disorders in that period. The purpose of this paper is to review the use of the National Guard in campus disorders from 1965 through June 1970 in order to identify the factors that contributed to its successes and failures, and indicate in particular factors that affected the likelihood that the Guard's actions on campus would contribute to violence.

Kent State in Context: The National Guard in Campus Disorders, 1965-70 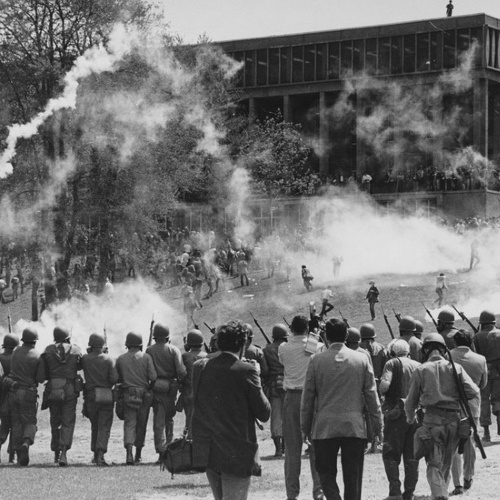 Also available for reading is a scan of the original, mimeographed paper from December 1970, which is 80 pages long.

Zoom Reunions: Lessons from the Yale Class of 1970 Reunion May 2020, a guide for alumni relations professionals and volunteers